Well hello there, third trimester! Time is seriously moving too fast. How am I already 28 weeks pregnant? As of my appointment last week, Baby A was measuring 2 pounds 15 ounces and Baby B was 2 pounds 10 ounces. There is approximately a 10% difference in size between the two but because A has been consistently measuring larger from the start, my doctor assured me there is nothing to worry about. Ultrasound size approximations are notoriously unreliable anyway.

All of a sudden I'm feeling so much more movement from the babies than I ever did before. Knowing their positions thanks to the ultrasound means that I can somewhat differentiate between which baby I am feeling. The best news that I got at my appointment last week was that the babies are both head down. Obviously this doesn't mean that they will necessarily stay in this position but I was still relieved to have Baby B move from his transverse position into something more preferable for delivery. 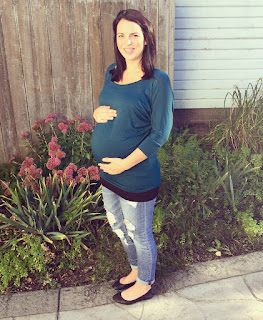 Apparently the babies are the size of coconuts this week! My apps all estimate the babies at around 15 inches long and 2.5 pounds, so the measurements taken at my appointment last week definitely put both A and B ahead in terms of size. This is excellent news, especially for twins. I also hit a significant viability milestone at 28 weeks. Babies born at 28 weeks still need help breathing but their lungs have matured to the point where their survival chances are significantly better.

I had gained another 4 pounds as of my last appointment. My babies were looking great on the ultrasound so I am happy with this number, as was my doctor. This puts me at about 27 pounds weight gain so far this pregnancy, which I am perfectly fine with as I enter my third trimester!


I haven't had any major cravings or even been all that hungry this week. As the babies grow bigger, my stomach feels smaller. When I eat large meals, I end up regretting it because I feel like I can't breathe. At some point, the babies will "drop," which should provide some relief.

I'm officially starting to swell quite a bit and experience the back pain that I knew was inevitable. I still feel pretty well overall but I can feel my energy level starting to fade more and more. Every day tasks are getting harder because of the Braxton Hicks contractions that are pretty much non-stop when I'm not sitting or lying down. I've been experiencing them since about 16 weeks pregnant, which my doctor says is common with twins, but they are much more intense lately.

Sleep? What's that? Josh and I originally thought Asher's difficulty sleeping lately was due to his schedule changes but I noticed his two year molars coming in when I was brushing his teeth the other night. Teething explains his restless behavior at bedtime, as well as his frequent waking during the night. Ibuprofen helps a little bit but he's back to waking up a minimum of 2-3 times a night and usually crawls in bed with us around 6am. It's been rough to say the least, but at least it's preparing us for being up all night with newborns again soon.


It finally feels like fall in Central New York! We celebrated last weekend by taking Asher to a local pumpkin farm. Asher had so much fun picking out pumpkins, taking a tractor ride, petting the animals, and checking out the hay maze. This is our second year in a row taking him there and I'm thinking we will have to make it an annual tradition. 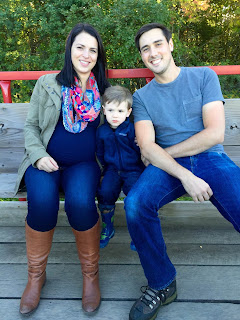 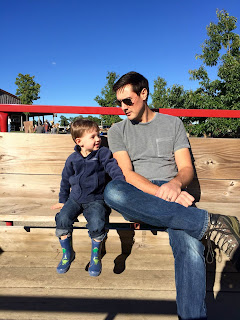 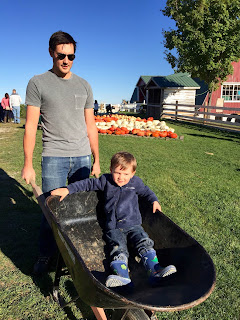 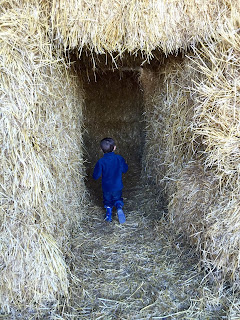 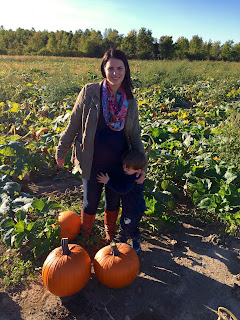 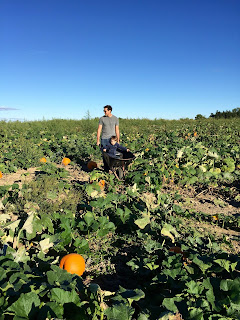 We are knocking to do items off our list left and right. Josh has been awesome about making it a priority on the weekends to get ready for the babies and I'm finally feeling like we are getting there. The nursery is almost complete and I am so excited to share photos of it soon!

I'm also pretty sure that we are close to deciding on names for our babies! It has been really difficult narrowing down two names that we love equally, sound good together, and go with our last name. We have gone back and forth a bunch but I *think* we may have a final decision soon. :)