Oops... did I really forget to blog for four months? I'm going to try my best to keep up with this more regularly.

It's so easy to get caught up in the day to day craziness of parenthood. Everyday, we are going non-stop from the second the kids wake up in the morning until the final, sweet moment that they close their eyes at night. I spend my days chasing two mobile infants who are determined to climb everything in sight and put anything they come across in their mouths. 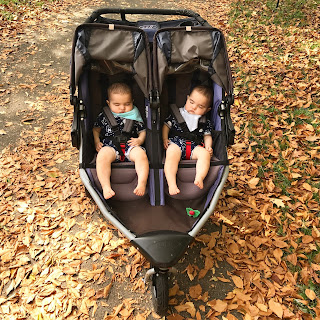 Asher is growing taller, smarter, and more independent by the day. It's hard to believe that in less than two months, we will have two one year olds and a three year old. I'm seriously grieving our baby years coming to a close but I am so looking forward to watching Silas and Ezra follow in Asher's steps and grow into little boys. 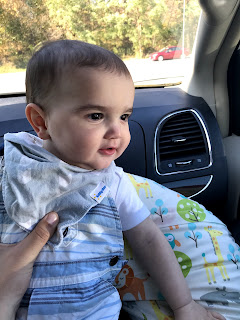 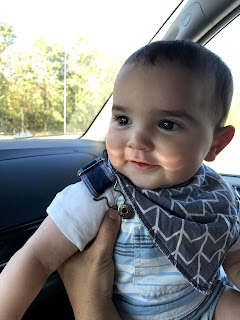 Likes: Balls, splashing in the bath, stuffed animals (especially bunnies), climbing
Dislikes: The play pen, being in the car seat too long, hats 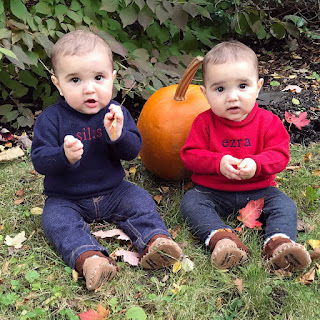 Silas started crawling at 5.5 months, sitting up at 6 months, pulling up to stand at 7 months, cruising at 8 months, and walking at 9 months.

Ezra started both crawling and sitting up right at 6 months, pulling up to stand at 7 months, cruising at 8 months, and walking (a few days before Silas) at 9 months.

Both Silas and Ezra can wave bye-bye and clap, but only when they feel like it. 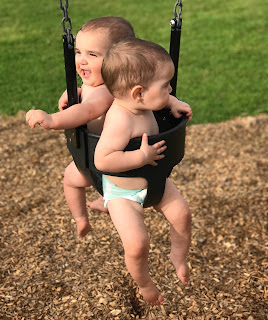 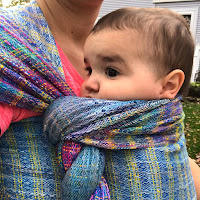 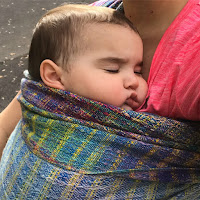 Josh and I keep telling ourselves that someday we will all sleep again. Someday we will miss them needing us so much that they wake up in the night looking for comfort. But man, it's been rough and most days I need so much caffeine to even feel semi-normal. Silas and Ezra both have six teeth now and every time one of them cuts a tooth they are up pretty much every hour all night long. All the Tylenol and teething oil in the world just doesn't help.

Due to some health issues that I don't feel up to diving into right now, I don't plan on night weaning Silas and Ezra any time soon because they need the extra calories. They both still nurse 3-4 times every night. To preserve what little sleep we all currently get, they are still sleeping in our room. We are hoping to transition them to their nursery sometime in the near future but our last few attempts have not been successful.

Nap time has gotten a lot better over the last few months, even with teething. For so long, I worried that they would never nap consistently but after months of trying, we are finally in a good routine. Silas and Ezra typically take a long morning nap around 10:30/11 and then another shorter nap in the afternoon around 2:30. I stagger their nap times and put them down one at a time, which has made a world of difference. 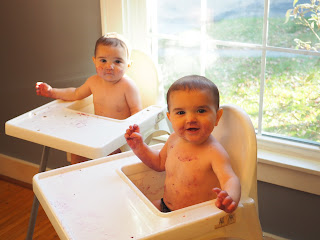 Silas and Ezra started baby led weaning around six and a half months old (when they were finally sitting up on their own) and they dove into eating solids with so much enthusiasm. All three of my boys just love to eat. They eat just about everything that Josh, Asher, and I eat and it's so nice at meal times not to have to bother with making a separate meal for the children.

They still nurse about 5 times during the day and another 3-4 times overnight, so milk is still a huge part of their diet despite all the solids they are taking in. They typically sleep through lunchtime so they eat breakfast and dinner, with lunch and/or a snack added in on some days. 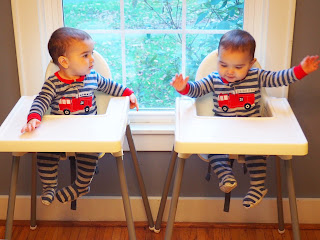 They like all foods and have never refused to eat anything put in front of them. Their favorite foods are apples, watermelon, strawberries, pizza, pasta, and yogurt. 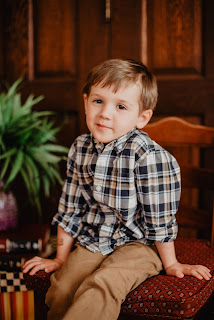 Asher continues to be the sweetest big brother. He surprises us every day with his patience and he tries so hard to be gentle. He is enjoying spending time with Silas and Ezra more and more as they grow and can interact with him in new ways. He loves to make them laugh. When they cry, he makes it his mission to make them feel better. He brings them their favorite toys and stuffed animals, rubs their backs, and gives them kisses. He loves to take their hands and walk them around the living room.

Asher is growing into such a big boy and while it is amazing, it is also a little heartbreaking just how fast my babies grow. Slow down, time! His mind is going a mile a minute when he gets home from school every day and he loves telling us about all of the things he is learning about. Lately he wants to help us with everything we do and do as many of his daily tasks as he can all by himself. He is such a great role model for his little brothers, or "the troublemakers," as he affectionately calls them. I love seeing their bond grow stronger every day. 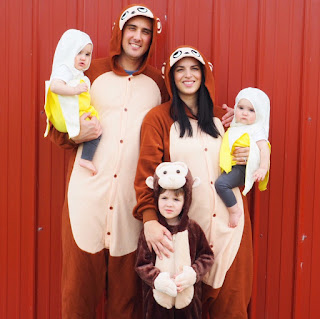 It took a long time but we have finally found our groove as a family of five. We've come to embrace the chaos that comes along with infant twins and a three year old. The laundry gets piled up at times, there are dust bunnies under our sofa and occasionally dishes in the sink, but we are so very happy.